You are here: Home / About Us / Daniel Marks 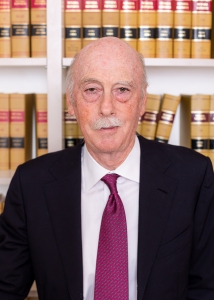 Daniel Marks is the founder of the Law Office of Daniel Marks. Always a voice for the liberties of “the little guy,” he has tirelessly fought for the rights of individuals throughout his forty-plus years of practice. Mr. Marks moved from New York City to Las Vegas, Nevada to pursue a career with Clark County Legal Services. While working there, he helped establish the right to counsel for indigent parents whose children were taken away from them by the State of Nevada. See Brown v. Guy, 476 F.Supp. 771 (D.Nev. 1979).

In the area of employment law, Mr. Marks tried and won two of the top five wrongful termination verdicts in Nevada. See Chong v. Las Vegas Hilton, Corp., Case No. 99A408511 (2001) and Kocienski v. Mirage Casino Hotel, Case No. 03A465961 (2006). He has won multi-million dollar awards for wrongfully terminated employees.

In 2016, Mr. Marks established the right of a casino-patron to recover damages because of the failure of a casino to use an AED machine after a patron suffered a cardiac arrest. See Red Rock Resort Spa Casino vs. Stephens, Nev. Supreme Court Case No. 63943 (2015), rehearing denied (2016). That same year, he also successfully represented a slip and fall patron of the Wynn Resort and had the answer of the Wynn Resort thrown out because of discovery abuses committed by the Wynn. See Olds v. Wynn Las Vegas, Nev. Supreme Court Case No. 65801 (2016).

Mr. Marks has lectured on various legal topics, including family law, legal ethics, evidence, and employment law, before State and County bar associations. He has served as a Supreme Court Settlement Judge and has been a Master of the American Inns of Court.

Best Lawyers in America has recognized him in the areas of employment and family law. He is a certified family law specialist in the State of Nevada, a fellow of the American Academy of Matrimonial Lawyers, and is recognized as a Super Lawyer in the area of family law.

William and Mary School of Law