You are here: Home / About Us / Adam Levine 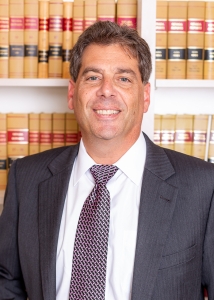 Mr. Levine moved to Nevada in 1993 and became an integral part of the Law Office of Daniel Marks. In one of Mr. Levine’s first cases with the firm, Prabhu v. Levine, 109 Nev. 607, 855 P.2d 543 (1993), he reversed and removed a published decision that reversed a $800,000 plus jury verdict won in that case. Mr. Levine’s work on that case established landmark legal principles in the field of medical malpractice law, including what constitutes causation evidence.

Mr. Levine represents multiple unions in both the private and public sector and is considered one of the foremost advocates for law enforcement officers in the State of Nevada. Mr. Levine has represented, at various times, the following employee organizations as either general counsel or outside counsel:

Mr. Levine is passionate about employee’s rights, especially in the labor law setting. He has won numerous arbitrations where he has seen his clients returned to work with back-pay. In addition, he also has helped employees unionize to ensure their rights in Nevada, which is an “at-will” employment state.

University of Arizona, B.A. in Political Science, minor in history (1987)